We're almost at the end of our FIAR studies.  What I like about FIAR is that you're brought back to some of the same countries and cities throughout the year.  It really helps the student get familiar with some of the places around the world.  Here we're back in Venice, Italy, with the story of Papa Piccolo, a Tom cat who takes two abandoned kittens into his care.  We learned about cats, nocturnal animals, and The Venice Regatta Parade.  We looked at the flag of Venice, the canals and bridges, and some of the boats (barges and gondolas).  We discussed fatherhood, orphans and adoption. 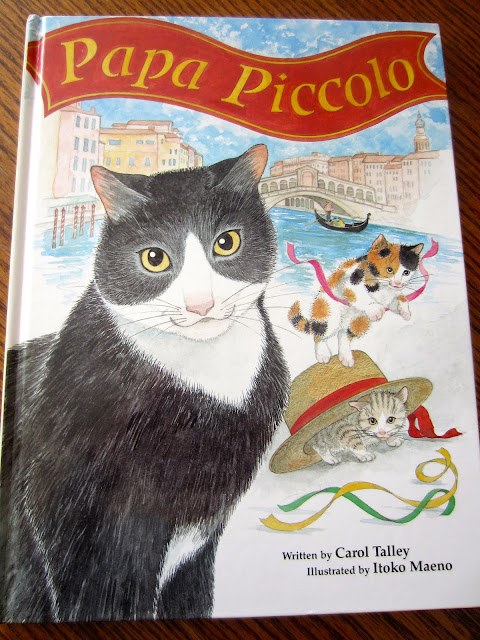 Since Tom cats like to roam around at dark, there were a few night scenes. The boys tried making their own by drawing backlit windows, to show the effect of light coming from a building at night. 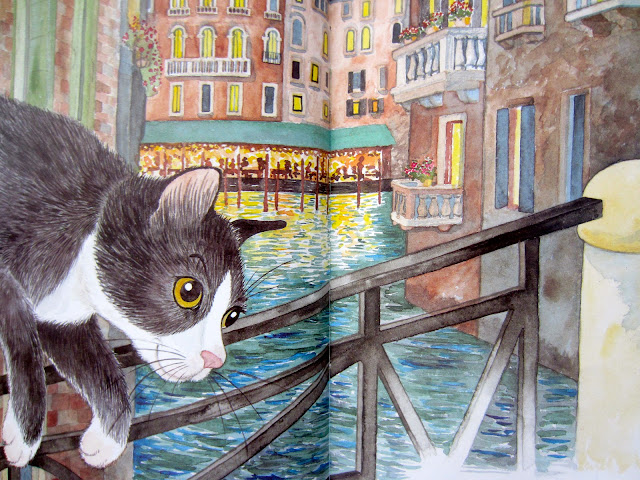 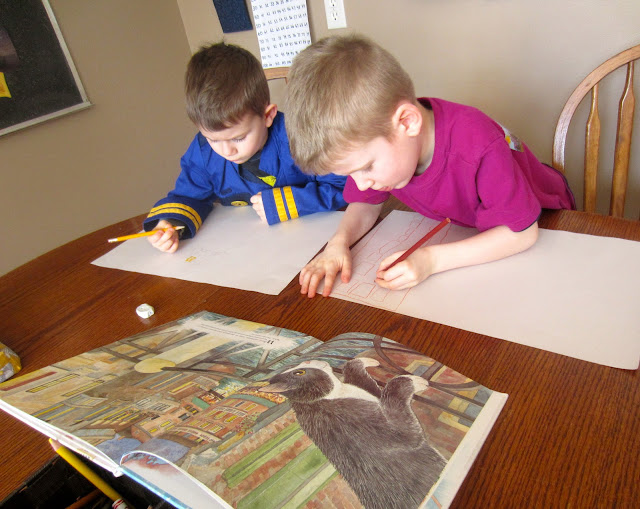 Abishai's scene of night-time Venice, with luminescent building and a canal gondola. 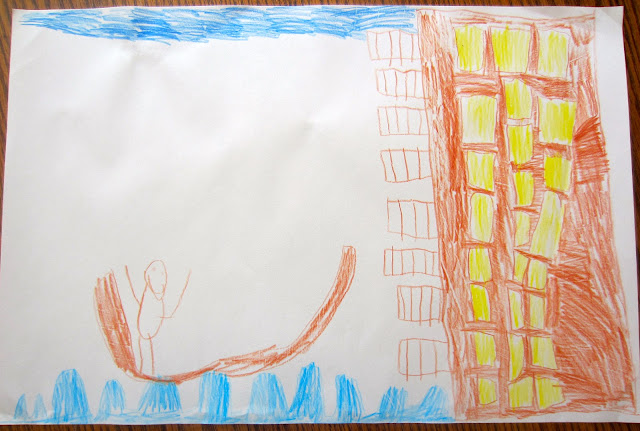 Since the cat's name was Papa Piccolo, I found a Piccolo concerto for the boys to watch. 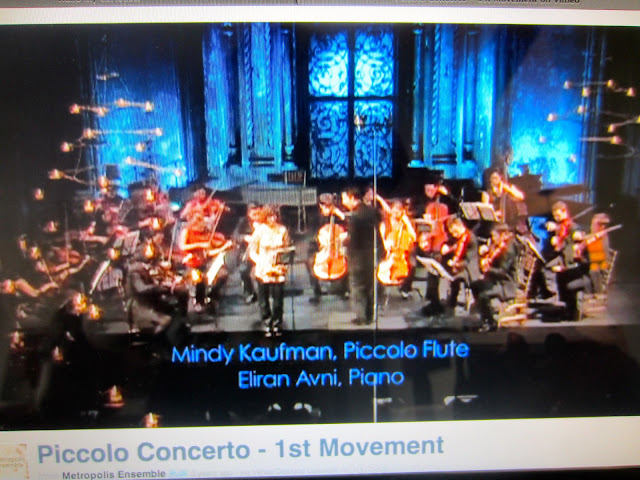 A book about cats in Italy. 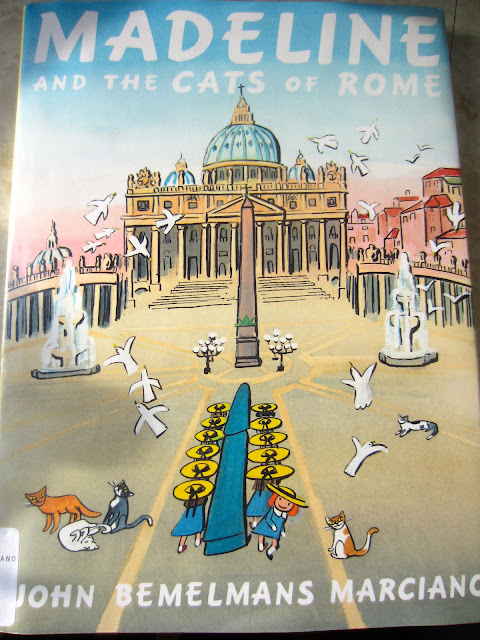 We looked at Aesop's fable, "The Fox and the Sour Grapes."  This paralleled an element from the story of Papa Piccolo. 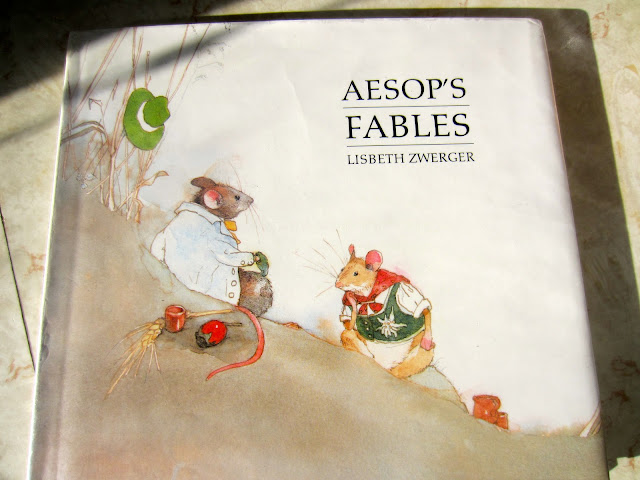 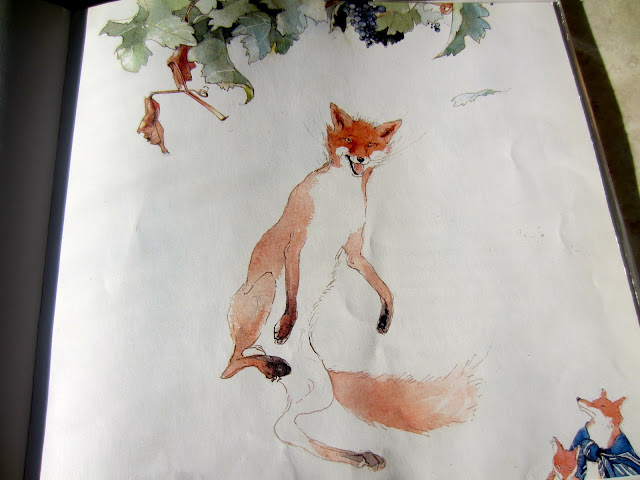 We made a puzzle flag of Italy. 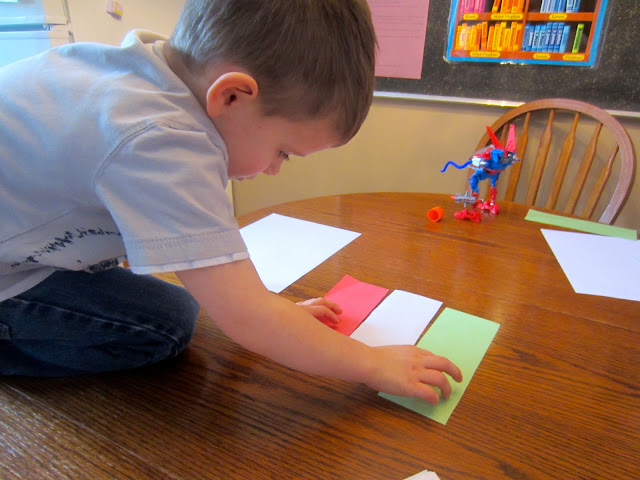 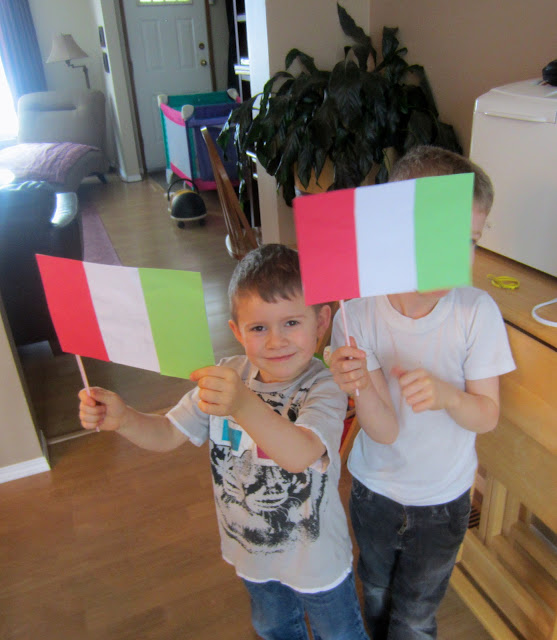 Papa Piccolo named the abandoned kittens Marco and Polo, so we all played the game, Marco Polo.  My book on the real Marco Polo was written for a higher grade level, so one quiet evening I enjoyed just reading it to myself. 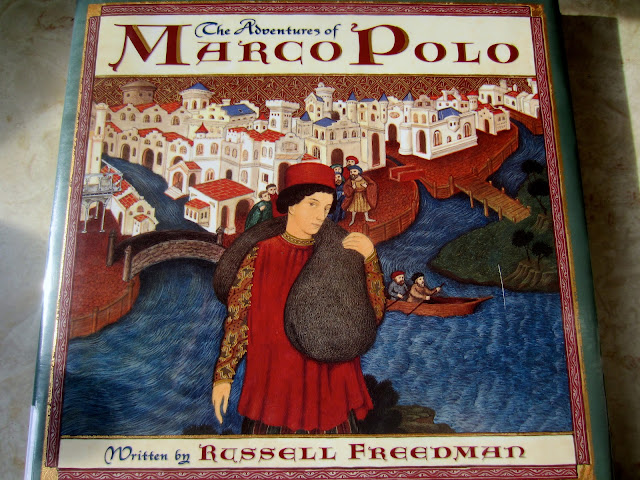 There are so many beautiful colours in the water paintings of Papa Piccolo. Although we haven't had the chance to buy quality water colour paints, we took the paint we did have, and mixed them to see what colours we could make. 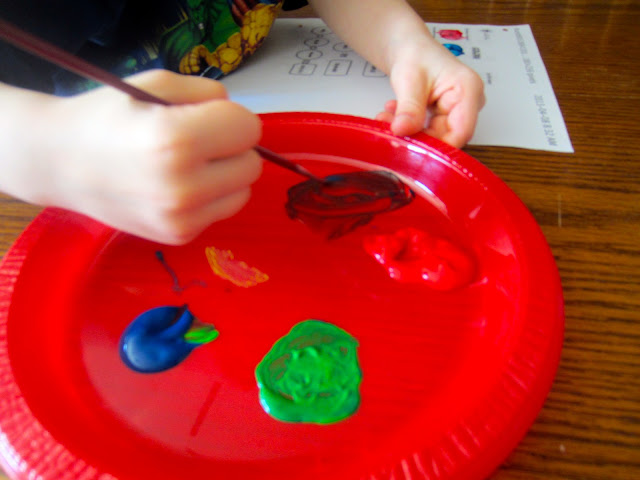 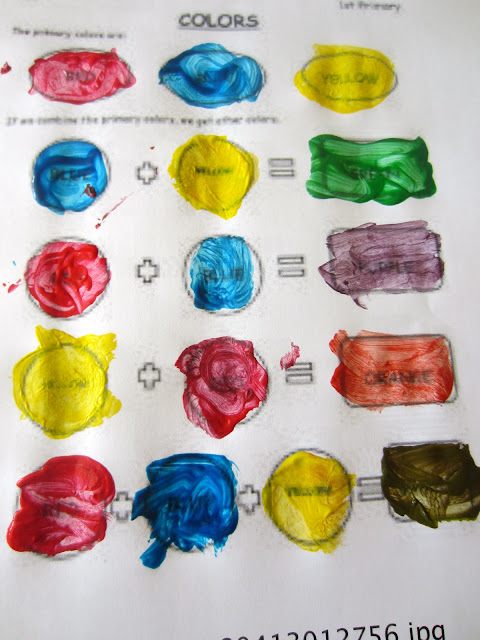 I made my own copy to bring out for the boys to look at in future art projects.  We had fun exploring Venice again.  You can always find something new to learn. 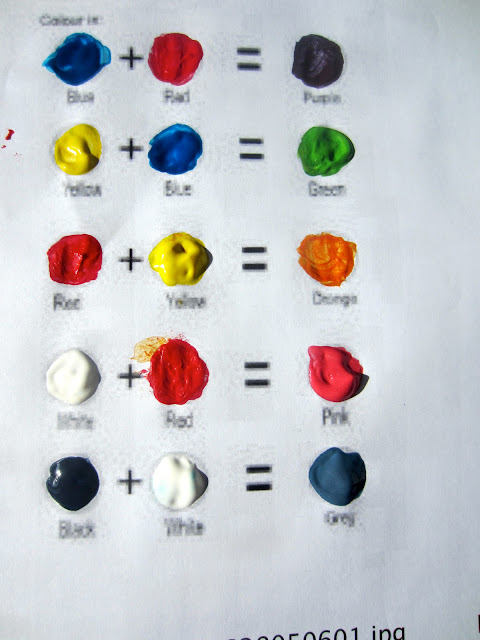 Email ThisBlogThis!Share to TwitterShare to FacebookShare to Pinterest
Posted by Renae Redekopp at 9:35 AM No comments:

The Littlest at 18 months 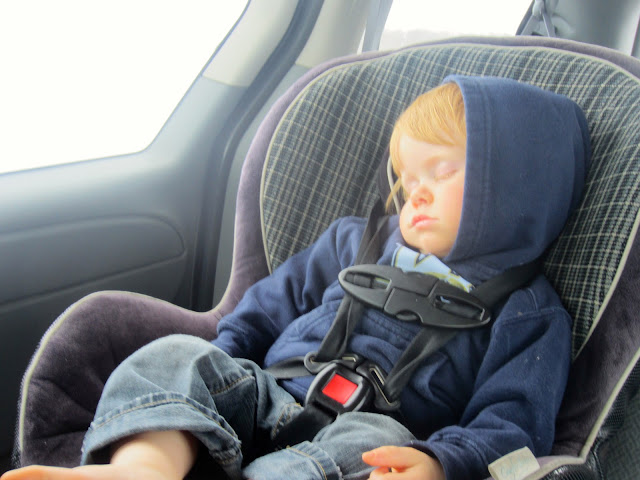 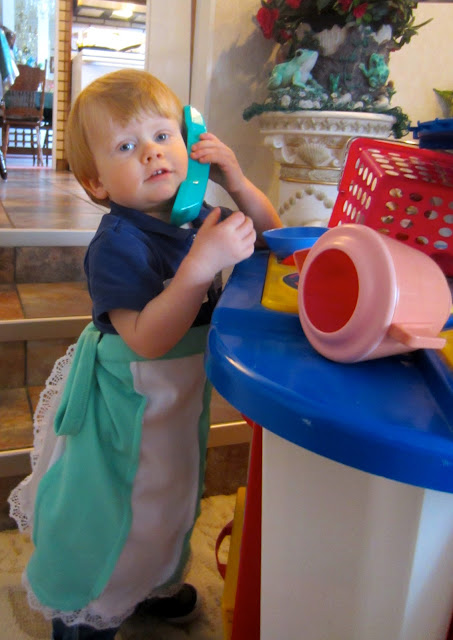 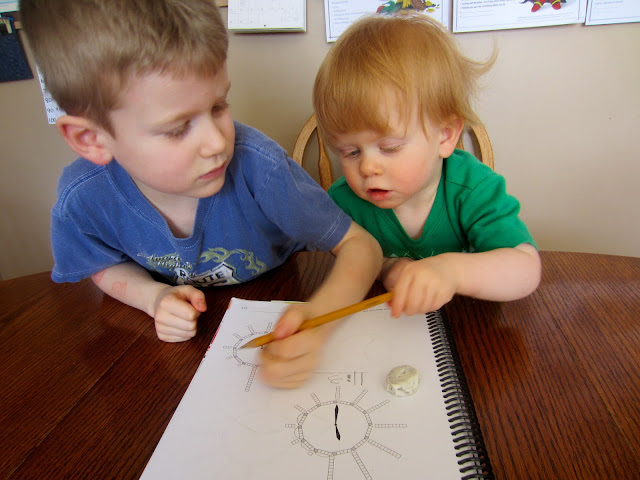 Email ThisBlogThis!Share to TwitterShare to FacebookShare to Pinterest
Posted by Renae Redekopp at 6:42 AM No comments:

About a month ago Micaiah finished his long term puzzle project of 300 pieces.  He stuck with it and saw it through to the end.  Such a big accomplishment for this little 4 year old. 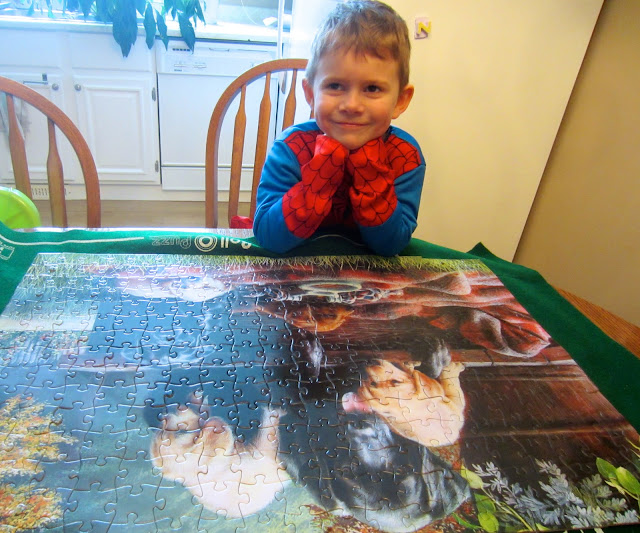 Email ThisBlogThis!Share to TwitterShare to FacebookShare to Pinterest
Posted by Renae Redekopp at 11:43 AM 2 comments:

Inspired by the paintings of Georges Seurat, Abishai and Micaiah explored painting with dots.  You can't see it here, but Abishai is painting a picture with yellow dots.  This was not apart of our scheduled curriculum, but extended learning seems to seep in everywhere. 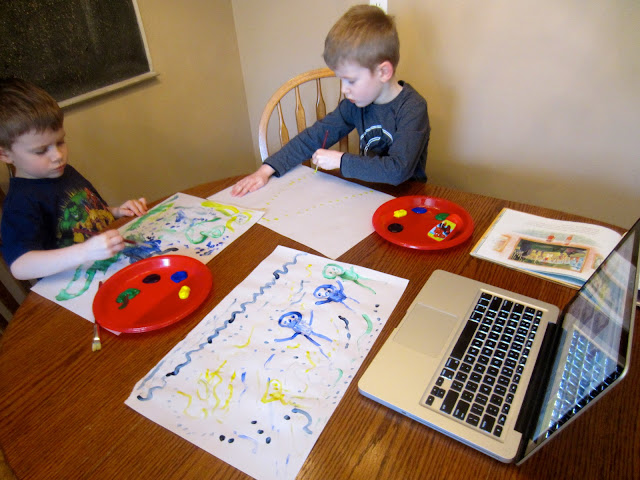 I picked a couple of James Mayhew books up from the library to read to the boys for fun.  Mayhew writes about a little girl and her grandmother who spend the afternoon at the art museum.  While the grandmother takes a nap on one of the museum benches, an adventurous little girl named Katie climbs into the paintings and enters the living world of Georges Seurat's masterpieces.  What a fun way to learn about famous painters! 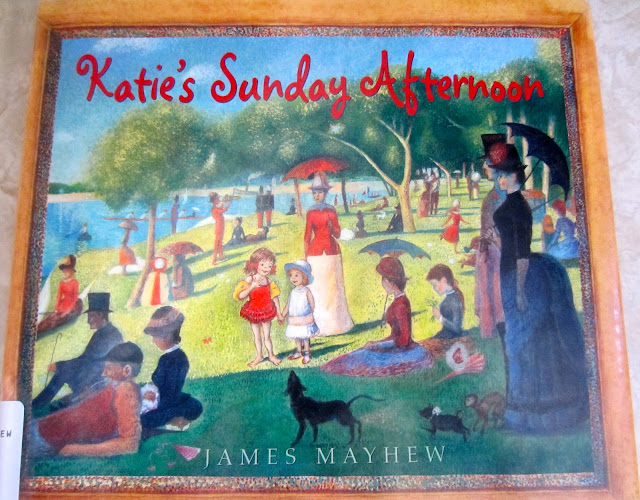 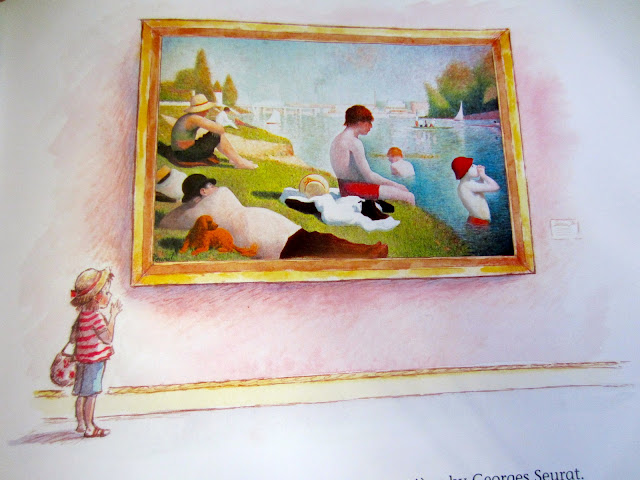 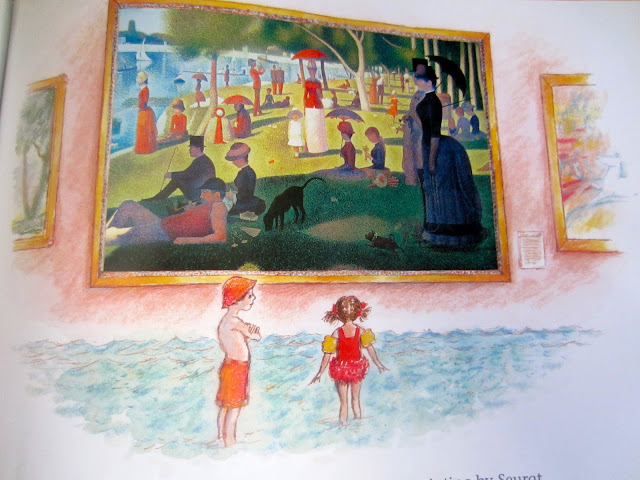 Afterwards, we looked up many other paintings by Seurat online. 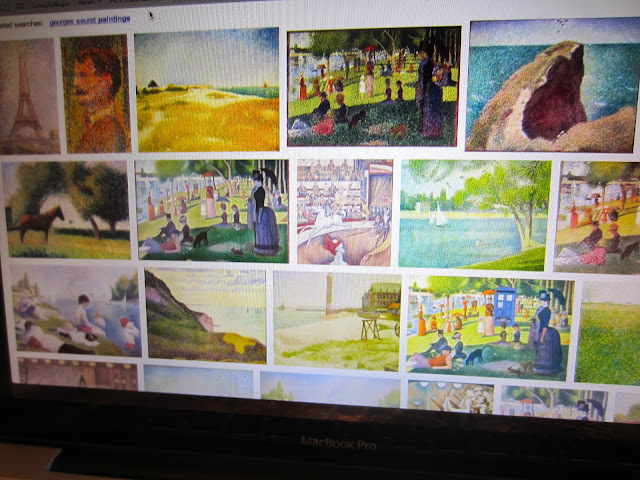 Email ThisBlogThis!Share to TwitterShare to FacebookShare to Pinterest
Posted by Renae Redekopp at 5:17 AM No comments: